Faye Berryman and Philip O'Carroll founded their own school in 1976, and have:

The founders, Faye and Philip, share their discoveries about working with primary-
age children.  They believe that mainstream schooling of today has a stunting effect on

the personal development of children – and thus on our whole way of life.

In 1976, the couple opened up their home and invited families to join them in a new venture – a small primary school which recreates a large extended family.

Now the school has 90+ still focusing on compassion, viability and self-confidence.

With its emphasis on people before things  (its motto), there is a warm relationship
between students and teachers. A side effect of this approach is that the children are
eager to learn, achieving within the top few percent of the nation.

Philip and Faye are particularly interested in the quality of life of Australian children,
believing that we as a people could have better childhoods – and adulthoods – if
certain reforms were made to our schooling industry.

Faye and Philip share their discoveries about working with primary-age children, and discuss what sort of influence contemporary schooling has on the people they will become.

ABOUT the FUTURE of SCHOOLING in AUSTRALIA​ 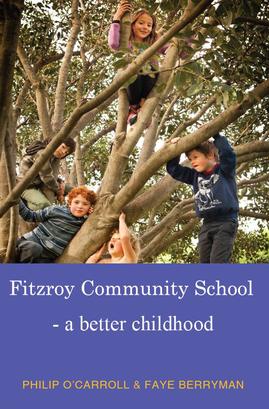 About the authors of